Get The Truth You Deserve!

Although “infidelity” and “adultery” are often used interchangeably, the two terms are completely different with unique meanings and definitions. To make things more confusing, you may also hear adultery referred to as philandery. Regardless of what you decide to call it, the psychological damage that it can cause runs deep and can cause overwhelming feelings of anger, betrayal and may even lead to long term depression or other emotional and mental instability.

Even if the non-cheating spouse seems to no longer care and does not show appropriate affection or desire for the cheating spouse, it does not mean that the act of infidelity or adultery is not going to bring their world crashing in when they find out that their spouse has been emotionally or physically unfaithful. When a spouse betrays the trust within the marriage (or committed relationship), it can often be very difficult to repair the relationship due to the broken trust (which is nearly impossible to regain).

However, that’s not to say that it cannot be done; trust can be rebuilt. Both parties must dedicate an extraordinary amount of work to elicit an acceptable level of healing and repair after an act of infidelity of adultery has occurred and/or discovered.

So what is the difference between infidelity and adultery? 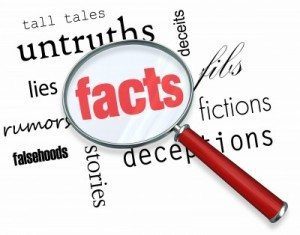 If you do not know the answer to this question, you are not alone; many people do not understand the difference between the two.

Let’s start with adultery. The legal definition varies from state to state, but most often refers to the act of engaging in physical sexual activity with someone other than your spouse while being married. That means that in order for adultery to be committed one or both of the sexual partners is married to somone other than their sexual partner.

Infidelity, on the other hand, can be committed within a marriage or a committed relationship and does not always involve the act of physical sexual contact such as intercourse, but rather often refers to physical acts less than sexual intercourse and/or emotional intimacy.

Infidelity refers to emotional acts which are disloyal or unfaithful to your partner such as kissing, dating or any other type of contact or behavior which would be deemed inappropriate in a committed relationship or marriage. Although it does not have to include physical sexual acts, the term can also be used by people who are not married to describe the unfaithful physical and emotional acts of their partner.

Many people simply refer to acts of adultery and infidelity as “cheating” that can describe emotional or physical acts which break either spoken vows or unwritten rules within a committed relationship. The term implies that the “cheating” partner has done things to break the rules or committing acts that they are not supposed to be doing when involved in a committed relationship with another person.

Regardless of whether you call it adultery, infidelity, or cheating the end result is the same. The person who has experienced this betrayal from their partner (as well as friends, family members and children) are certain to suffer emotional damage as a result of the unfaithful acts of the partner who was unfaithful and un-loyal to their partner or spouse!

Most Non Fault States and even those with fault base divorces simply do not apply the same penalties of yesteryear. Most Virginia courts included.  At one time in Virginia proving Adultery would serve for a basis of an immediate divorce and would act as a bar to spousal support. Although still good law, the climate in most area courts has changed.  Adultery is often taken into consideration when determining spousal support, however adultery will not always result in spousal support being denied to the offending party, and may only mitigate the amount awarded.

It is also no longer a requirement to prove the act of intercourse. The US Supreme Court has ruled that it is no longer required for Judges to dismiss evidence that would lead a reasonable person to believe that sexual intercourse has occurred. In other words, there is no requirement for Judges to hold someone to the same standards that they would when making a ruling for the purposes of a criminal act. The standard of proof is by a preponderance of the evidence; more likely than not to to have occurred. This can be proven circumstantially or with actual (rather than circumstantial) proof.

This information is not intended to provide legal advise. Please contact an Attorney in your area for more information on how “proving” adultery could impact your Divorce. Hiring a private investigator with an outstanding reputation that specializes in Divorce could also be of great help in developing the evidence needed.

Understanding the legal difference between Adultery and Infidelity can be very important when considering a proper course of action when faced with such a life altering decision such as divorce. You will need to know the facts when contemplating your options.

Contact Us now to speak with one of our experienced investigators.