Get The Truth You Deserve! 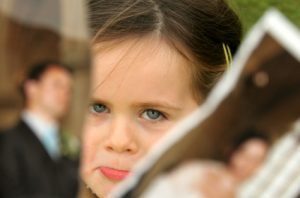 If you do not have a court ordered custody decision or agreement, Parental Abduction is not a criminal act in the eyes of the law.

Parents are viewed as having equal rights to the child and either can go wherever they choose, and where they want at any time with the child provided that they are not denying visitation.

If a parent moves to another state or location with the child after notifying the other parent, it is not considered kidnapping. However, moving without notification can be considered kidnapping if there is a Custody and Visitation Order in place which gives both parents access to the child.

Failure to return a child after their scheduled visitation or failure to produce a child for visitation with a parent is not considered kidnapping. This is considered interference with a custody order, provided that such order regarding custody is currently in place. In Virginia Juvenile and Domestic Relations Courts this is known as “contempt of court” and allows the parent to file a “Motion to Show Cause”

Parental kidnapping is often done to interfere with the other parent’s contact with the child. Family abductions are often carried out by parents who are involved in a dispute over custody of the child. In some cases, a parent who loses custody may feel as if they didn’t get a fair hearing in court. They may decide to overrule a custody order by taking the child to enforce what they perceive to be the correct custody decision.

Recent studies have shown that the emotional toll on a child in this situation can be extremely traumatizing. Being cut off from family and friends makes the situation worse even worse for the child.

Fear of Harm to Child:

Some parents kidnap their children in order to protect them from harm by the other parent. Their reasons may include allegations of physical, sexual or psychological abuse. In many cases, these allegations are proven false and are meant the destroy the reputation of the accused in court.

Revenge Against the Other Parent:

Oftentimes, one parent may kidnap the child as revenge against the other. This usually has nothing to do with what is best for the children and is often the result of an angry parent looking to get even. A jealous parent may use this tactic to sabotage the child’s relationship with the other parent. An abducting parent views the child’s needs as secondary to their own desire to provoke, agitate, control, attack or psychologically torture the other parent.

In these situations, many children are told that their other parent is dead or no longer loves them. While they are taken away and hidden from family and friends, abducted children may have their names changed and be forced to alter their appearance.

Contact Us at Morse Investigation Services for help in recovering your abducted child.