Morse Investigation Services has been retained by Uncuff the Innocent, a non profit dedicated to freeing the wrongfully convicted, to look into the death of Justin Baumgardner, and the potential wrongful conviction of Timothy Wright Jr. More information can be found on his website here.

This case is of particular interest because justice simply was not served.  Backroom handshakes, small town sheriffs, and a need to protect the deputies son, all add to the intrigue of this case.  Our intent with this and future blog posts about this case is to raise awareness that not everything is as it seems. 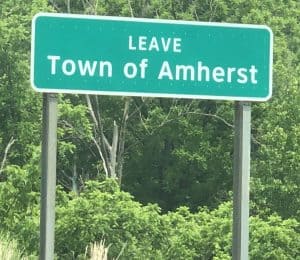 Want to learn more about this case?  Check out what some talented Georgetown University Students did when they created a short documentary about this case that can be viewed here.

After a full investigation it became apparent that Timothy Wright is exactly where he is supposed to be, behind bars.  There are lessons to be learned here in this very tragic story that honestly seems more like a Hollywood tale than real life events.

The truth is that Tim grew up in an extraordinarily Old Testament style home, strict and devoid from most youthful joys.  He escaped this childhood and enrolled into the military in part to serve his country and to escape his childhood.  He had never really been exposed to the darker side of life, so sheltered and strictly prohibited from television and radio that he had not began to develop a thick skin to the world outside of the small town he grew up in.  I can only imagine how serving active duty during the Iraq  war what he was exposed to.  There are plenty of vets that struggled coming back from that war zone and readjusting to society, let alone a young man with no real life experiences outside of combat.  Upon his return he is described as detached from reality, drowning his trauma in drugs and alcohol, and who can blame him?  The bottom line is our Government does a great job of breaking civilian habits and providing training at the very least during bootcamp, reprograming humans into machines, they owe it to those that are leaving the service to reprogram them for civilian life after.

In Tim’s case. it became clear that he believes he is innocent, he is very convincing, enough so to have vast amounts of effort and support from those who’s heart aches for a soldier that was seemingly railroaded by the local sheriff department trying to protect one of their own.  You can read Tim’s story from the links above and draw your own conclusions.  However when you review the facts of the case it takes you down a very different road.

It is my belief that Tim suffers from PTSD and Dissociative Disorder  and likely was in a blackout rage when he participated in the Murder of Justin Baumgardner.  Technology places Tim at the scene, his own testimony betrays him, and his co-defendant happily pushes the entire burden on Tim.  Science further paints a picture of the events from that evening, to include the trajectory of the numerous shots fired into the victims vehicle.

I hope that this update puts to rest Tim’s claims and hope that those that are supporting Tim will redirect their efforts toward truly wrongfully convicted individuals.

Schedule an In Person Consultation