The Men of Online Dating are a fascinating bunch.  They’re not all bad, but it helps to know what you’re dealing with. My only experience with dating sites has been as a private investigator.  So, obviously, I’m probably jaded.  But, sometimes, it takes a little of that experienced cynicism and reluctance to reach the folks that are most likely to need our services.  Below is a short run down of the type of men I’ve investigated… usually after things have gone wonky. 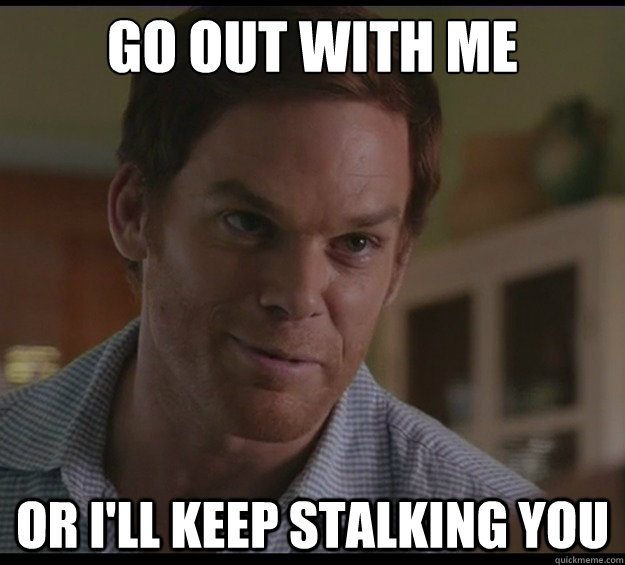 The Predator:  Always quick to compliment and self-promote. At first, you feel pursued and like the center of the universe.  But then things go flat when you don’t hop on and do his bidding. This one rings of mommy issues and baggage. He probably has a long list of women that he’s using those same lines on. (See The Mail Order: Separate but similar)

The Backburner: He’s interested but always busy and trying to squeeze too much in.  If you’re okay with a pen pal, this is a great choice.  He may be genuine but he’s not emotionally mature enough for a real relationship yet.

The Mail Order:  This is the accented exotic man that lavishes you with praise and professions of love.  Run.  There’s a reason the government is starting to ask how citizens met foreign fiancés.

The Cheater:  He is “separated” or in a complicated divorce situation. He asks that you call and not text, or that you not contact him at all.  He’s extravagant and woos you but you notice that he doesn’t open doors or stand when you come back to the table. It’s weird that he’s gallant but not chivalrous.  He’s totally married or worried that I’m watching.

The Dirty Bird:  He’s kinky and not afraid to tell you about it. Fetish singles sites exist, but you weren’t on one. So, this is just another check mark for his unrealistic sexual fantasy world.  Unless you’re ready for some public nudity arrests, it’s probably wise to say farewell.

The Liar:  This one has elaborate tales and stories.  Lots of drama.  He doesn’t introduce you to his friends or family and is way too concerned with what your friends think.  Anytime you try to get to know him better, he throws out road blocks.

The Amoeba: He’s spineless.  There’s no other word for it. He just agrees with everything and has no idea how to fight back when you run over him.  No matter what you do, he is loving and accepting. You love that he loves you, but kind of hate him.  He’ll be there through it all, but it’s not love.  Walk, or tell him to grow some.

The Leech:  He is always looking for compliments, asking how he did. He has nothing but time, and it’s all about you.  Any time he feels you pulling away, he ends up sick, hurt, lonely, or in crisis.  He gets jealous of your friends and obsesses over your exes.  This is ax murderer material.

The Hero:  He’s amazing with your friends. He is altruistic and helpful. He’s always there to fix your problems.  Beware, he won’t know what to do if you don’t need him.  I’m tempted to call this one “The Labrador”. He may end up inventing issues, just to keep up his hero status.

The Other Predator:  He love kids, is okay with kids, wants to meet your kids.  Yep. That guy.  He’s attentive and everything you could ever want in a step father to your kids.  But there’s that tiny niggling doubt that worries that something is off.  He might just be a good guy, or he has ulterior motives.

The Hollow:  He’s funny all the time and keeps you entertained.  That’s great as long as nothing serious is being discussed. That’s when he blows ninja smoke and you’re flying solo. He’ll be back in a few minutes.  Getting past his walls will take will and time.  There’s no guarantee on what’s inside.  It could get pretty dark.

The Recovery:  This guy is getting over an ex, an addiction, a job loss, or something. He doesn’t know what he wants, but he’s trying to fill a void.  This could be fun for a while, until he falls off the wagon or heals.  Be frank with this guy cause he could be good for your later, but let him know you are not going to be his methadone.

The Sugar Daddy: He’s too old for you and there’s no chemistry, but he’s okay with that. He just wants someone to share his time with… at any cost.  It’s kind of sad, and you can see being friends, but it won’t stop there.  His kids will hate you, your friends will laugh, and you’ll always worry that you’re missing out of something “real”.

The great catch:  This is the proverbial unicorn.  He’s your match and you have great chemistry. You can instantly see yourselves together. Then… he says “It’s too perfect, I’m waiting for the other shoe to drop.”  Don’t run, but be prepared for a gauntlet of tests.  He can’t believe it and tells himself it’s a trick.  DO what you want but know… it’s going to happen.

The match:  This is the guy you hit it off with and marry.  It happens, so I’m including it. 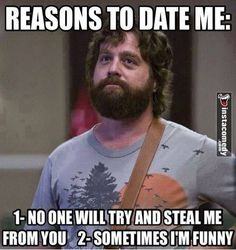 This list is not comprehensive, this is just the first list.  Stay tuned for Part 2 and The Women of Online Dating.